3 fantastic singers in their own right Lee Brady, Tommy Barron and Hefin Roberts have come together to make one awesome group known as 'Trilogy' You, the customer can choose from their 3 distinctive shows; Trilogy Party Trio, Trilogy 'Tre Divo' a tribute to Il Divo and the musicals or Trilogy 'A Night of Legends' Whichever show you choose, you will be in for a triple talent treat. We give you 'Trilogy'

Do you want to party like you’ve never partied before? If so then we have the perfect trio for the best party night in town! Three super amazing singers, Lee Brady, Tommy Barron and Hefin Roberts have now come together to perform their Trilogy Party Trio Show. The trio are mega talented professional singers in their own right. As they have been friends for many years it seemed the obvious next step to put a quality show together never thinking it would quickly become so popular and so much in demand. Word got round where the trio were appearing and within weeks they secured two residencies packing each of the venues to the rafters and delighting the audiences from their opening song. Customers have complimented them saying it’s the best show they have seen in many years and are coming back time and time again. Humour, ad-libbing and audience interaction is all part of this professional show and every song is sung to perfection featuring their stunning three part harmonies. They have carefully choreographed each song in their sets to make this both a musical and visual treat. The show is ideal for fly backs, cruises, casinos, holiday parks, golf clubs, clubs and private functions.

Example Playlist: One night only Brown eyed girl Ain't no stopping us now I'm a believer My girl Land of a thousand dances Soul man Higher and Higher Sex on Fire Now You're gone

Trilogy’s superb one hour set of classical, opera and the musicals is an amazing performance of many of the mega hits performed by the world famous Il Divo and other popular pop classical crossover artists. The voices of Lee, Tommy and Hefin work together so well in three part harmony and each takes lead on songs throughout their performance which has received standing ovations many times. Elegant, romantic and dramatic are some of the words used to describe the show which makes it ideal for cruises, fly-backs, casinos, themed evenings, hotels, corporate events, charity balls, golf clubs and private functions. The show can of course be combined with either of Trilogy’s other shows.

The Music of the Night
Mama
Amazing Grace
Bring Him Home


TRILOGY 'A Night of Legends'

Trilogy’s 'A Tribute to The Legends' has already been the highlight of many events and parties all over the UK. Each singer is already an established professional tribute artist – Tommy Barron as Gary Barlow UK, Hefin Roberts as Neil Diamond 'A Beautiful Noise' and the multi-talented Lee Brady as Nearly Meatloaf, Nearly Simply Red and Nearly Frankie Valli. The show can be performed with three tributes, Neil Diamond, Gary Barlow and one of Lee’s tributes or Lee can include one or two of his other tributes subject to times and budget. The show has been put together as 3 half hour spots of each each tribute with the option of a 4th half hour spot of one of the extra tributes or a party dance spot by the boys. However the boys are willing and able to change the format to suit each venue and occasion accordingly. The show closes when all three tributes come back on stage for an amazing finale which has always brought the audience to their feet! This is a superb full night of entertainment suitable for theatres, cruises, casinos, hotels, holiday parks, corporate events, private parties and ticketed events.

Meet The Stars of The Shows 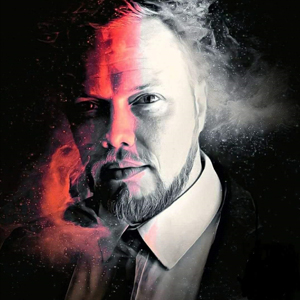 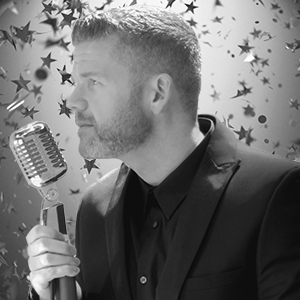 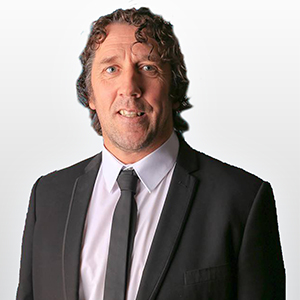 Lee began his stellar career as a professional singer at the age of 14 when he appeared in a talent competition in North Wales winning the top prize of £1000.00. Sensibly he spent his prize money on a brand new PA system and microphone and the rest is history. Lee is highly regarded as one of the best multi-talented singers of his generation and it has lead him to performing across the UK and abroad in exclusive holiday resorts, hotels, golf clubs and private functions. He is also a very competent compere and has spent a number of years hosting at pre football matches and sporting events. Lee’s broad vocal ability is legendary singing songs from a low register to falsetto with ease and there’s no problem him taking on a big rock number either. Meatloaf to Mario Lanza or Frankie Valli to Pavarotti everything is possible in Lee’s incredible range. Over recent years Lee has developed his tribute shows to Meatloaf, Frankie Valli and Simply Red and this has kept him very busy. After meeting up with Hefin and Tommy one night the three friends decided it was time to broaden their horizons a little bit more and so Trilogy was born!

From the tender age of 12, Tommy has been involved with performing arts, musical theatre and amateur dramatics. His cheeky charm, voice and bubbly personality always seemed to land him the lead roles so it’s no surprise that he became a professional singer at 19 years only. Tommy started singing in local pubs and clubs and was known as Tommy B and soon progressed to performing in bigger venues and being sought to appear alongside theatre legend Peter Karrie and support artist to Bonnie Tyler. Over the years Tommy has worked for corporate clients across the UK and worldwide offering a wide variety of music from Swing and West End to up to date chart music. He is very comfortable hosting and entertaining for dinner dances and special evenings keeping his audience entertained and keeping the night running smoothly. Tommy has also performed in exclusive shows abroad with Michael Ball and has even performed for royalty in Bahrain. Then Tommy decided to put his Gary Barlow tribute show together and it has been a huge success bringing in work at hotels, tribute themed nights, golf clubs and private parties. Tommy is great longtime friends with Lee Brady and Hefin Roberts and it was only a matter of time that they would put together the amazing Trilogy.

Hefin is a well-established professional comedy vocalist based in North Wales having recently returned from playing to packed venues in Benidorm for 12 years. In the past, Hefin has risen from being a Redcoat to supporting Bernard Manning, Joe Pasquale, Jess Conrad, Jim Bowen and Jimmy Cricket. He also spent several months working on the original 'Love-Boat' (the Southern Cross). From the second he walks on stage his spontaneous and non-stop humour will have you roaring with laughter. His topical observations, quick one-liners, cheeky chap repartee and musical comedy make Hefin a brilliant all-round showman. Comedy isn’t Hefin’s only talent though. His vocal ability is excellent ranging from his superb take on Neil Diamond through to some challenging classical and musical songs all impressively performed with perfection.

What Others Say About Trilogy...