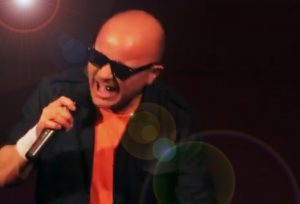 An award-winning tribute show and the very latest managed artiste to join our MBM stable of the very best tributes. Phil Collins Tribute – Deano is the de-facto tribute to the music sensation that overwhelmed the world with his talent and overwhelmed the charts worldwide with his hits. His ability to faithfully emulate the superb vocal intricacies coupled with the look and the image of Phil Collins is quite uncanny. Deano is now available under sole worldwide representation from MBM – Music Business Management. Be sure to check out all his details on the MBM website: https://www.mbmcorporate.co.uk/tributes/phil-collins-tribute-deano/ I can assure you you will not be disappointed! SEE THE VIDEO HERE

Deano… started out in the music industry at the tender age of 12 performing in his Dad’s family showband. After many successful years touring he decided to try something new and spent the next few years performing on cruise ships and leisure parks both in the UK and abroad. Throughout this time Deano would occasionally sing some of Phil Collins’ classic tracks including ‘Against All Odds’ and ‘Sussudio’ and would often be complimented for his similar tones to Phil Collins. At first Deano never really thought anything of it, but after recording several tracks and listening back he soon began to think his audience could have a point. It wasn’t too long before he decided to give it a go on the tribute circuit and was overwhelmed by the incredible reaction. Deano has worked incredibly hard on his tribute show studying every live performance of Phil Collins and is now considered to be one of the world’s best tribute artistes.

Deano sings all the classic Phil Collins songs from the early years including ‘In The Air Tonight’, ‘Easy Lover’, ‘A Groovy Kind Of Love’, ‘Another Day In Paradise’, ‘One More Night’, ‘You Can’t Hurry Love’ and many more. Each song is carefully crafted to ensure that the vocals are sung accurately and the stage performance is amazingly so like the real Phil Collins. Deano is a true master at performing his hero Phil Collins like no other artist in the UK today.

Deano is available to perform solo with tracks or with his band of professional musicians and backing singers for larger events. His show is suitable for hotel tribute nights, casinos, holiday parks, live music venues, cruises, weddings and all types of private functions. If you are looking for a high quality tribute to entertain your guests then look no further.

12 steps to organising your very own music festival.

5 TIPS TO WORKING WITH A PROFESSIONAL AGENT/MANAGER