The Very Best ELO Tribute Acts in the UK

The Electric Light Orchestra (ELO) are an English rock band formed in Birmingham in 1970 by songwriters-multi-instrumentalists Jeff Lynne and Roy Wood with drummer Bev Bevan. Their music is characterised by a fusion of Beatlesque pop, classical arrangements and futuristic iconography. After Wood's departure in 1972, Lynne became the band's sole leader, arranging and producing every album while writing nearly all of their original material. For their initial tenure, Lynne, Bevan and keyboardist Richard Tandy were the group's only consistent members. Read more on Wikipedia 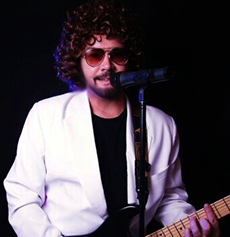 This is a fantastic tribute to the Jeff Lynne’s progressive pop and symphonic rock super band, ELO. The Birmingham based supergroup has produced some of the most well-known chart hits from the early 1970s to present.

If you, like us, love ELO and would like to book an ELO tribute act for your party or event then please feel free to get in touch with us today! Our ELO tribute acts operate all over the UK.