The Very Best Katy Perry Tribute Acts in the UK

Katheryn Elizabeth Hudson (born October 25, 1984), known professionally as Katy Perry, is an American singer, songwriter, and television judge. After singing in church during her childhood, she pursued a career in gospel music as a teenager. Perry signed with Red Hill Records and released her debut studio album Katy Hudson under her birth name in 2001 Read more on Wikipedia 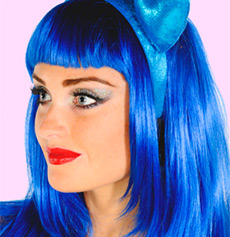 Hot n Cold is one of the most accurate tributes around the world. With the most eye catching, handmade replica costumes, coloured wigs and make up, Charlotte is always mistaken for the real Katy Perry.