The Very Best Simply Red Tribute Acts in the UK

Simply Red are a British soul and pop band which formed in Manchester in 1985. The lead vocalist of the band is singer and songwriter Mick Hucknall, who, by the time the band initially disbanded in 2010, was the only original member left. Since the release of their debut studio album Picture Book (1985), they have had ten songs reach top 10 in the UK Singles Chart. Read more on Wikipedia 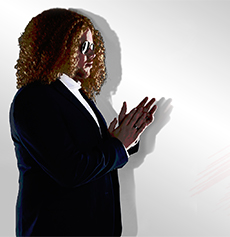 We bring you NEARLY RED – A tribute to Mick Hucknall and Simply Red. A star tribute is born. All aspects of this superbly produced tribute show are aimed to delight and entertain your audiences.