The Very Best Tom Jones Tribute Acts in the UK

Sir Thomas John Woodward OBE (born 7 June 1940), known professionally as Tom Jones, is a Welsh singer. His career began with a string of top-ten hits in the mid-1960s. He has toured regularly, with appearances in Las Vegas (1967–2011), and has had several high points in his career, such as his coaching role on the television talent show The Voice UK from 2012 (with the exception of 2016). Read more on Wikipedia 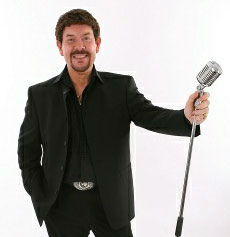 It's tough to be Tom Jones because there's a magical quality in his voice that's just so hard to replicate. Happily - if you like Sir Tom, you'll love this guy.